House-Sitting has many perks. One noteable one is that when you house-sit, even in your home town, you often get to stay in areas that would never visit otherwise. This time it was the Perth suburb of Rivervale.

Rivervale is very close to the casino in Burswood and the heavily restauranted area of Victoria Park. We never went to the casino. We did however go to lots of restaurants.

For almost three weeks we stayed in a renovated house with a huge living area and massive backyard. The wifi rocked as did the central heating. This “winter” thing isn't much fun.

To keep us company were two big four legged friends, Tazzy and Cheezel. Tazzy is the black one. He's extremely active and would get very jealous if anyone was patting Cheezel and not him. Cheezel is chocolate brown, cool, calm and collected.

The boys seemed happiest outside, running around the backyard or laying together in their doghouse. Sometimes they'd come inside to lounge around on the carpet enjoying the warmth of the house. They had a great life.

For such big dogs, Tazzie and Cheezel were easy to walk and run with. They respected us and each other and apart from the occasional bout of excited pulling they were easy to spend time with outdoors.

Poor Tazzie needed to take medication for his itchy and scratchy skin. Apart from the cat we looked after in Gelorup a few months back we had never met animals that were so good at taking tablets. Tazzie would sit down and wait, oddly excited, for his pill. Such a good boy!

We really enjoyed hanging out in Rivervale with the boy dogs. They were great company and very easy to look after. Even if we did have to feed them raw chicken necks… ewww!

Thank you Jodie, Shuan and Jack for letting us hang out at your place with your fur-kids. It was an absolute pleasure!

If you are looking for awesome house-sitters… look no further!
Click here to view our house-sitting and pet-sitting details! 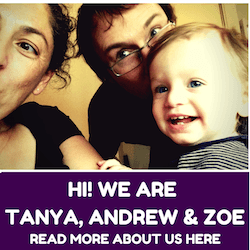