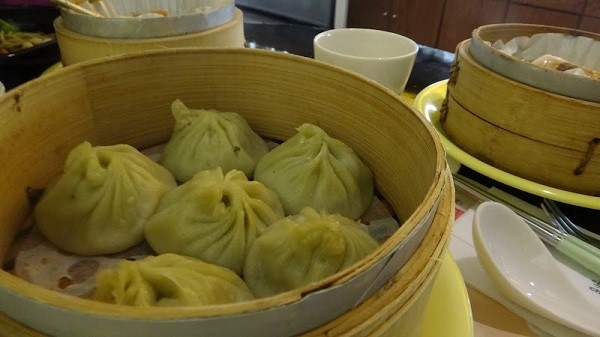 While we were in Taipei, we had the opportunity to cook our own meals as we were pet/house-sitting. When we weren't cooking tasty pastas, pizzas, omelettes (and more), we were out exploring Taipei's many food options. There are a lot of them and we certainly ate a lot. The below is just a snippet of some of the most interesting and tasty food we tried during our stay in Taipei, Taiwan.

The Different Flavours Of Sushi

Not far from every main street corner in Taipei, you sill find a restaurant called Sushi Express. The restaurant is a classic sushi train and they offer pink plates of sushi, sashimi, fresh vegetables, miso soup, and desserts including cheese cake for NT $30 per plate. That works out to be about AUD $1 per plate and the price is the same for everything! We ate here at least three times a week. The seafood and the vegetables are all very fresh. Yum! 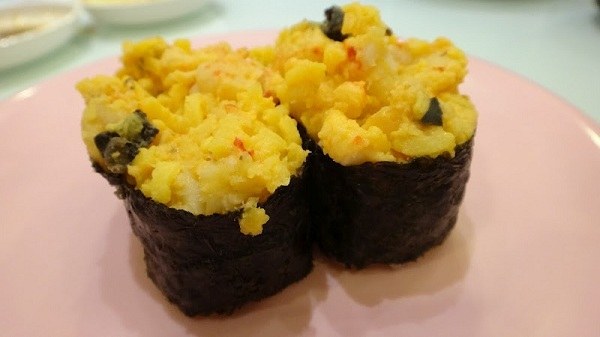 There are many other chains of sushi and sashimi restaurants all over Taipei. Often, you will find a handy sushi stall just outside the entrance at a MRT station. They are fabulous for a quick snack. At Sushi Express you will get two Tomago Sashimi (Egg Sashimi) for NT$30. At the MRT sushi stall, two will cost you NT$10. The difference in taste isn't huge but you won't have the luxury of a chair to sit on.

Some sushi places offer their own unique items. In the photos above you can see the much sought after bacon sushi courtesy of Hirata Sushi in Tianmu, Taipei.

There is a chain of stores / restaurants in Taiwan that is all about green tea. “Cha For Tea” offer green tea tastings, sell the equipment to make tasty green tea at home, and in some cases, you can even eat at their restaurant where everything is made with green tea!

Since we are big tea drinkers, we were in heaven! For NT$360 + 10% service charge each we were able to have a set meal. And what a set meal! It consisted of a salad plate, soup, entrée, main meal, dessert, after dinner drink and green tea throughout the meal. 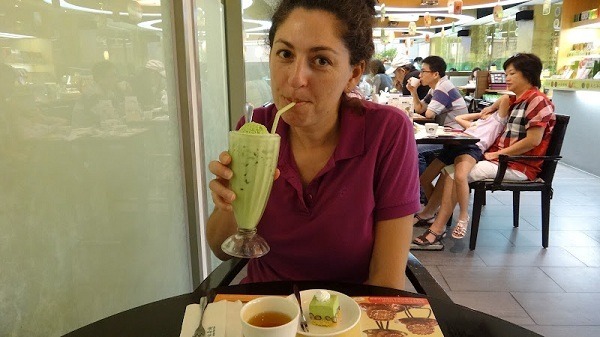 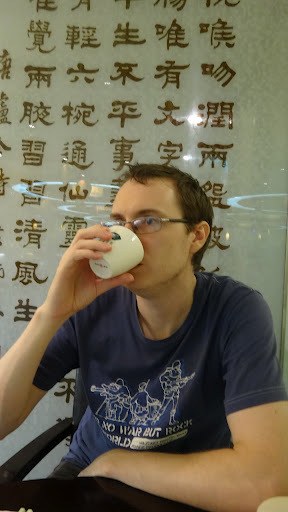 I ordered the salad bowl, side vegetable soup, cha's tender tofu for entree, cha's tomato green tea noodles for my main meal, mat-cha freeze cake with red bean for dessert, and green milk tea with mat-cha icecream as an after meal tea.

There was a lot of food on our table and it was all really good! It was very fresh and somewhat healthy, apart from the desserts and my after meal tea of course. We would recommend Cha For Tea for a special meal out. It is a little pricey. Try and go hungry as there is a lot of food to eat! Click here to see the website.

The sausage king of Taiwan is a born and bred Australian. Andrew and I were both very happy when our Taipei house sitting hosts suggested we head to Mr Sausage's Kitchen for dinner. We were told that this man makes the best sausages in Taiwan. We were excited to put him to the test. Granted, we hadn't tasted any other sausages or pies for a very long time but his food was certainly delicious. It was really hard choosing what we wanted to eat from the very expansive menu. 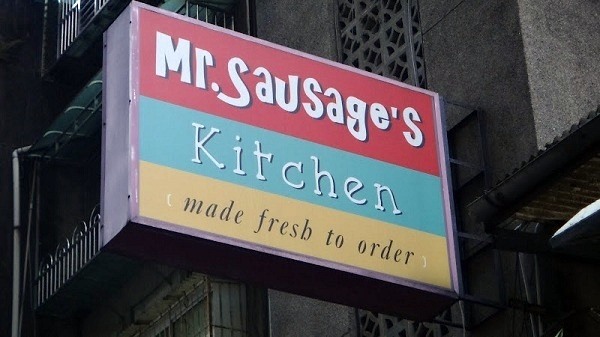 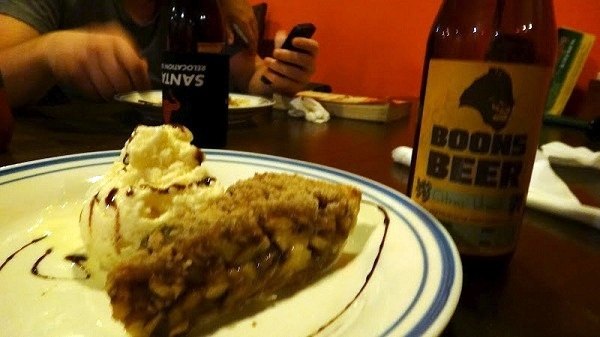 Although we at our meals in a pub style restaurant the beef and chicken pies are actually made at another premises that also makes lamingtons. How Australian is that! If you are Australian and have been travelling a long time, or you just love a good sausage, check out Mr. Sausage's Kitchen. Click here to see the website.

This was actually one of the first things I really wanted to try in Taiwan as I had seen photos and it looked really tasty. It took me a while to actually try it. The more I thought about it, the more turned off I got at the thought of eating a sausage in a sausage. I finally gave in and tried one.

The stalls are everywhere in Taipei. They are mainly found in the touristy night market areas like Shilin and Tamsui. The menu was quite extensive. Would I like to try the antique version which had soya sauce only or did I want to go all out and have the wow shami which included shredded radish, scrambled eggs and pickled cabbage. I ended up choosing the “little spicy” version. 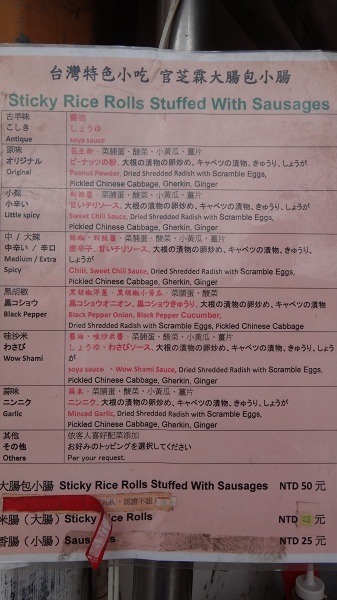 The man sliced the big sticky rice sausage and folded it out a bit. In the opening he placed some sweet chilli sauce, dried shredded radish with scrambled eggs, pickled Chinese cabbage, gherkin, ginger and a Chinese sausage to top it off. Wrapped up, he handed it to me. I took a bite and was pleasantly surprised. The texture of a meat sausage inside a rice sausage is a little odd. It's almost like a hotdog but not quite. I'd be lying if I said it was the best thing ever. I'd be lying if I said we finished the whole thing. If you come to Taiwan, try one.

Breakfast, Lunch, Dinner, Midnight Snack… it doesn't matter. Taiwanese dumplings are tasty all day and all night. They contain just the right amount of sweet, savoury, healthy and fatty to satisfy without leading to post binge regret. The majority of the time, menus will not be in English, so hopefully there will be a photo board. Catch someone's attention and order off the board by pointing. 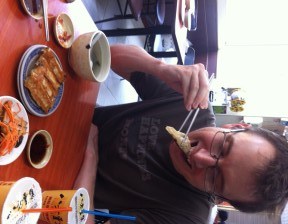 If the “original steamed pork dumpling” says NT$5 next to it, it is NT$5 per dumpling. Restaurants often have a minimum order so you may need to order at least 4 or 5 of each kind of dumpling. We love the Taiwanese dumplings. There are steamed versions and then there are pot stickers. The pot stickers are those that have also been fried to crisp the skin. So cheap, so filling and so tasty!